Lovely fellow blogger Chelle of The Mumington Post recently wrote a post entitled ‘I’m the mum who…’ as part of a chain of bloggers all doing the same, and she nominated me to write one too. The posts are basically a kind of ‘getting to know you’ exercise, where mums share a few points about their daily routine as a parent and a bit about how they view themselves.

I started to think about my post. I’m the mum who:

is generally very disorganised, has a shocking memory, relies on my husband to do all the DIY jobs around the house, is rubbish at maths, doesn’t really enjoy cooking, keeps putting stuff off that I could do today, has terrible willpower when it comes to cake, tried and failed to breastfeed twice, says “in a minute” to our eldest too often when he wants to play, and probably much more of the same if I kept going.

As mums, and more than likely a lot of dads too, we are VERY good at putting ourselves down. It’s all too easy to focus on the things we don’t really like about ourselves, the things we wish we could do better, or the things we would do differently if we could. Self-deprecation is the mark of classic mum guilt. By relying on formula instead of breastfeeding, or using disposable nappies instead of cloth ones, or by microwaving some baked beans instead of crafting a home-cooked meal from scratch, parents can feel like they aren’t providing the best for their children, and feeling bad about yourself is more debilitating than anyone else’s unwanted opinion.

But take a minute to look at your thriving, growing offspring – their smiling faces, their joyous giggles, their outstretched arms flying in for a hug – and you’ll realise that they don’t give two hoots about your perceived weaknesses. Because I’m also the mum who likes nothing more than lazy snuggles watching cartoons on the sofa, takes the time to read a bedtime story or two, listens intently as Little Man talks my ear off about Star Wars, enjoys cooking a lot more when I have a little helper in the kitchen, can’t bear to see them sad, and if I’m sometimes too busy to play, I’m never too busy for a cuddle.

I’m the mum who loves her boys with all her heart, and they are happy, so I won’t feel too bad about forgetting to buy bread again. 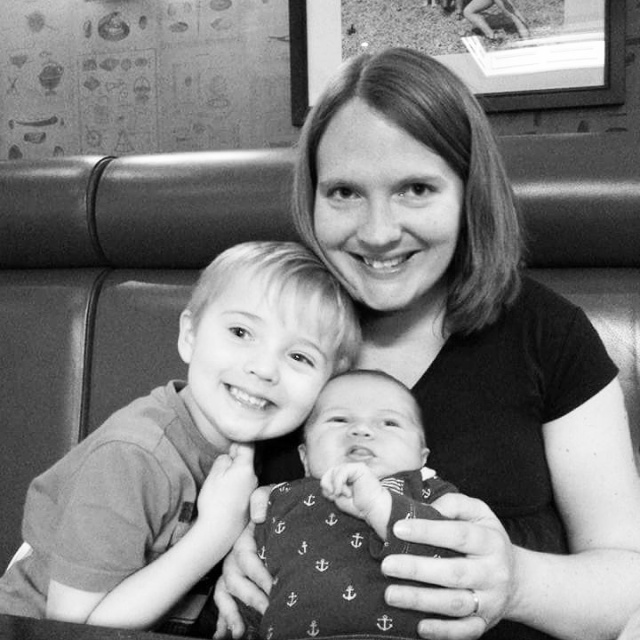 Things To Do at 4am
The Last Firsts